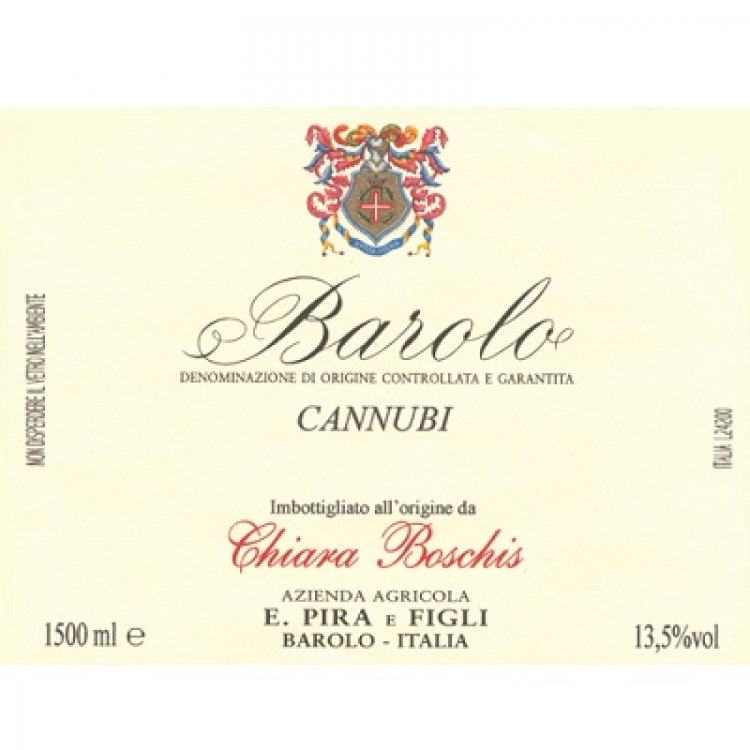 A true icon of Barolo, the enigmatic Chiara Boschis came to inherit the incredible Pira estate through a twist of fate. A family friend of the Boschis family, Luigi Pira was the last member of his family at the helm of his ancestorial label until his tragic death in 1980. In the absence of any Pira blood to take over, Chiara Boschis was the perfect candidate to both continue the Pira legacy and forge a new legend for herself and Barolo.

The first fully autonomous female winemaker in Barolo, Boschis took a similar path as the rest of the famous “Barolo Boys”, implementing a more concentrated, more approachable style of wine throughout the 1980s which proved to be exceedingly popular. As much as any producer in this group, Chiara should be credited with the formidable reputation of modern-day Barolo around the world.

Over the past decade or so, however, the wines of E.Pira di Chiara Boschis have perhaps settled into a happy medium between the austere, aristocratic Barolos of the past and the generous wines of the late 20th century. Put plainly, in the words of Monica Larner (Wine Advocate), “all of her wines are simply stunning”. Perpetually evolving and refining her winemaking in a quest for perfection, these wines are always some of the most exciting in Piedmont, if not the whole of Italy.

Barolo Cannubi is by rights the flagship wine of E.Pira di Chiara Boschis, coming from the legendary cru of the same name – of which Boschis owns a fair few vines in the choice sections. Famed for its incredibly elegant and hauntingly perfumed wines, Chiara’s 0.7-hectare portion gives life to unbelievably beautiful wine.

A recent addition to the E.Pira di Chiara Boschis range, Barolo Mosconi is a fabled single-vineyard found in the village of Monforte d'Alba.