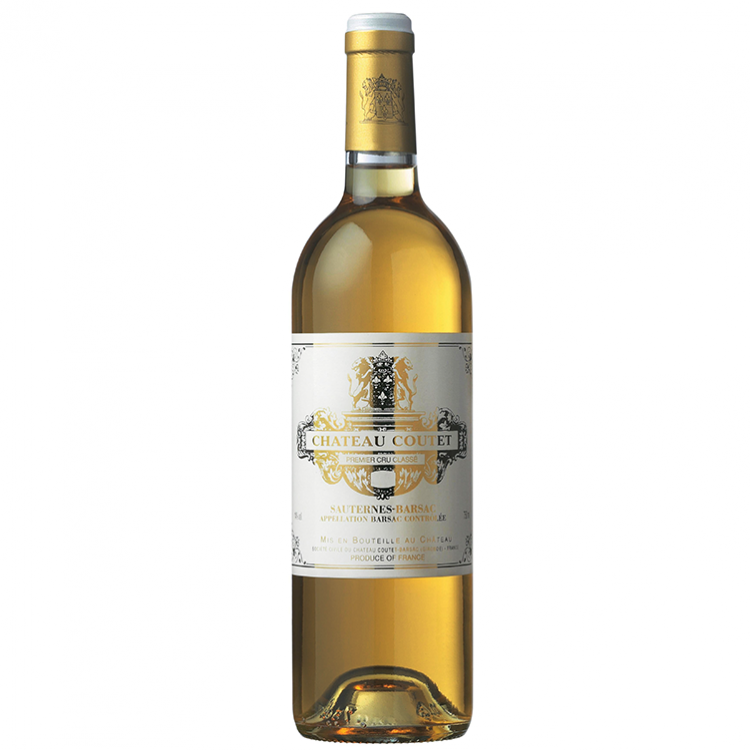 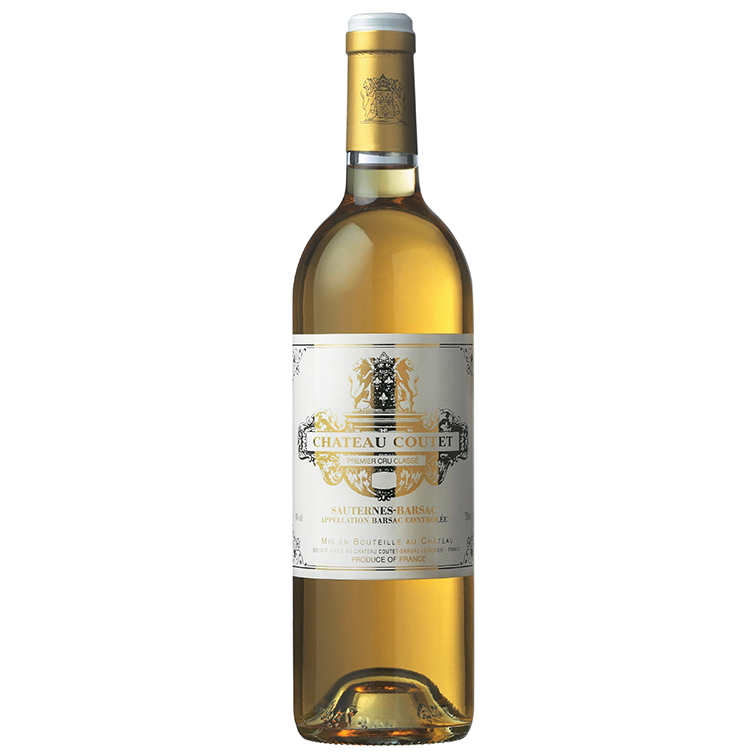 My Offer - To view or edit your offer go to 'Sell Wine' to in your account
The 38.5 hectare vineyard of Château Coutet is planted to 75% Semillon, 23% Sauvignon Blanc and 2% Muscadelle and at this size is the largest vineyard in Barsac. Once owned by the Lur-Saluces family who also owned d’Yquem, Coutet today is run by Aline Baly after her family purchased the estate from the Rolland family.

In her report for Decanter, Jane Anson has highlighted 2020 Coutet as one of her Top Sauternes & Barsac Picks of 2020 beating the likes of Suduiraut & Guiraud to the title. Scoring 94 points, Jane Anson is full of praise for 2020 Coutet as she recommends it to readers.

“Bright, yellow gold colour, with citrus, apricot, pineapple and a ton of mango fruits on the palate. Silky texture with spikes of lime juice bringing pep and definition. Saffron and white pepper add even more lift through the finish, this is excellent and easy to recommend” – Jane Anson, Decanter
17+ Jancis Robinson

Full bottle all of 1,405 g. 95% Sémillon, 4% Sauvignon Blanc, 1% Muscadelle. Cask sample. 18 months in oak envisaged. No information on yield.
Greenish hint to the golden hue. Very classic with a botrytis note and some real freshness. Weight and integrity here with a savoury, even bacon-fat, finish. Not one of the sweetest wines, or what I probably mean is that the acidity is more pronounced than in many of its peers. Sleek and fresh. But probably for relatively early drinking. 13.5%
Drink 2024 – 2038

Bright, yellow gold colour, with citrus, apricot, pineapple and a ton of mango fruits on the palate. Silky texture with spikes of lime juice bringing pep and definition. Saffron and white pepper add even more lift through the finish, this is excellent and easy to recommend.

The 2020 Coutet is wonderfully dense and creamy from start to finish. Dried pear, marzipan, white flowers, mint and tangerine oil build in this super-expressive, deep Barsac. The 2020 has so much to offer.

Aline Baly kindly furnished me with background information on the 2020 Coutet. "The first sorting occurred on September 16 and 17 to harvest the botrytis resulting from the thunderstorms of August 15," she told me. "The second and third passeage were organized quickly, as the climatic conditions were becoming unfavorable. The teams were ready to harvest within the hour, as soon as a weather window emerged. This second phase of harvest finally took place on September 23 before a thunderstorm that resulted in a cumulative rainfall of 38mm. Then the harvest continued September 29 and 30 before 77mm of precipitation. A new passeage was initiated, initially, on October 8 and 9, but 140mm of rain accumulated since the first sort strongly impacted concentration levels, encouraging us to be patient until October 12. We resumed the harvest under normal conditions until October 22 but with a very capricious forecast. A fifth and sixth sort followed one another, and the harvest ended on October 26.” Coutet has a very perfumed and more floral bouquet compared to, say, the de Fargues that happens to precede it, aromas of dandelion and apricot mingling with saffron and light chamomile. The palate is well balanced, very pure and lightly spiced, displaying a tang of marmalade and quince toward a finish that is marked by Coutet’s trademark acidic bite. Quintessentially Coutet, this should give 25–30 years of drinking pleasure.

Originally a fort, the Chateau Coutet began producing Sauternes in 1643. The estate is free from any chemicals and makes use of the newest green technology. Their forward thinking approach does much for the health of the vines. Their Cuvee Madame is one of Bordeaux’s richest sweet wines.