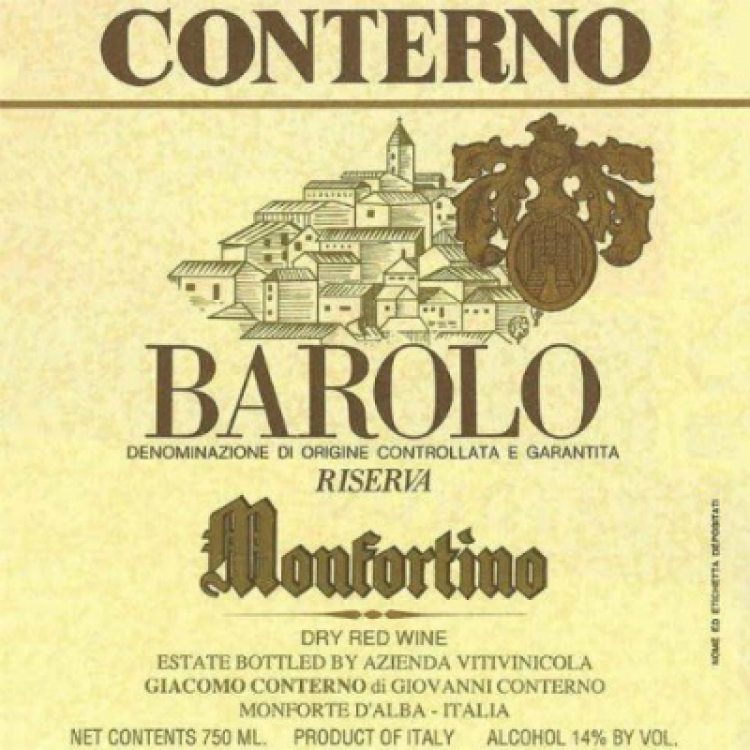 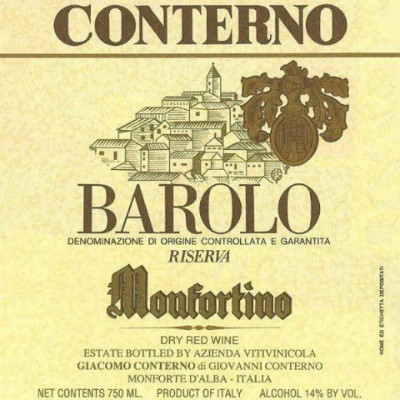 Next fastest Delivery Only 1 unit Available

When it comes to comparisons of any kind, all bets are off with the 2014 Monfortino, a Barolo that enters the stratosphere of profound and utterly moving beauty. Seamless and elegant in the glass, with stunning aromatics and perfectly ripe tannins, the 2014 is simply breathtaking in its beauty. In 2014, Roberto Conterno waited to harvest this fruit very late. The result is a Barolo that offers the textural opulence of fruit picked at the end of the season with the aromatic depth and structure of a wine from a cool year. Most incredibly of all, the 2014 is a very tannic wine analytically, and yet the sensation is of a Barolo of softness and opulence. A rush of dark red/purplish berry fruit, blood orange, spice, tobacco and mint builds into the rapturous finish. Readers who can find the 2014 when it is released next year should not hesitate, as it will unquestionably go down as one of the greatest Monfortinos ever made.

The 2014 Barolo Riserva Monfortino is an epic wine, just as it always has been. Readers will surely be tempted to taste the 2014 now, but I would try to resist that, if possible. Usually, I recommend tasting young Monfortino upon release, when it has only been bottled for a few months and before it shuts down. Roberto Conterno gave the 2014 six years in cask (instead of seven), so the 2014 was bottled a year earlier, in the summer of 2019, which means it is now very much in the closed-down zone. Time in the glass brings out its inner sweetness and sensuality, but the 2014 is nowhere near as expressive today as it was from cask, or earlier this year when it was one of the highlights of a magnum vertical all the way back to 1970. The 2014 Monfortino is an epic, monumental wine in every way. Opening a bottle now, though, is not likely to be especially rewarding.

The Giacomo Conterno 2014 Barolo Riserva Monfortino is made with 100% fruit from the Francia cru, which is not the case for the 2015 vintage (that sees 22% Arione in the blend) or likely future vintages. In a sense, this 100-point wine represents a milestone or a chapter finale in the long and exciting trajectory of Italy's collected and revered Monfortino. I've had the great fortune of tasting this wine from barrel over the course of four years and twice again this summer during my visits to the Conterno estates (in Gattinara and in Monforte d'Alba).

Serralunga d’Alba. Lustrous mid ruby with orange tinges. Cool and concentrated with a fine minerally note of liquorice dust. Huge depth. Still tightly wound, succulent fruit with bags of coating tannins and nervy, long acidity. Perfumed, complex and long and even a little more refined than 2013. Its length can only be measured in light years.

The Conterno name dominates Monforte d’Alba - with Aldo Conterno, Claudio Conterno, Paolo Conterno, Diego Conterno and Franco Conterno all producing exceptional wines.  But in international recognition, the name Giacomo Conterno is first among equals.  The winery was established in 1900 and today retains a traditional approach to their 17ha in Serralunga and Monforte.

It is rare for a single producer to command such respect not only from lovers of the “King of Italian Wine”, but also from its peers, Giacomo Conterno is a bastion of traditional Barolo having been passed down through the years to Roberto Conterno, the third generation to be at the helm of his stunning family estate.

A winemaker of uncommon talent, Roberto’s official ascension to the throne in 2003 merely followed a period of many years during which he was head vigneron, presiding over an elevation in the wines’ quality, marked by both huge critical scores and fervent demand. From their vineyards in Serralunga, the Conterno family has been crafting incredibly elegant and high-toned Barolo for decades.