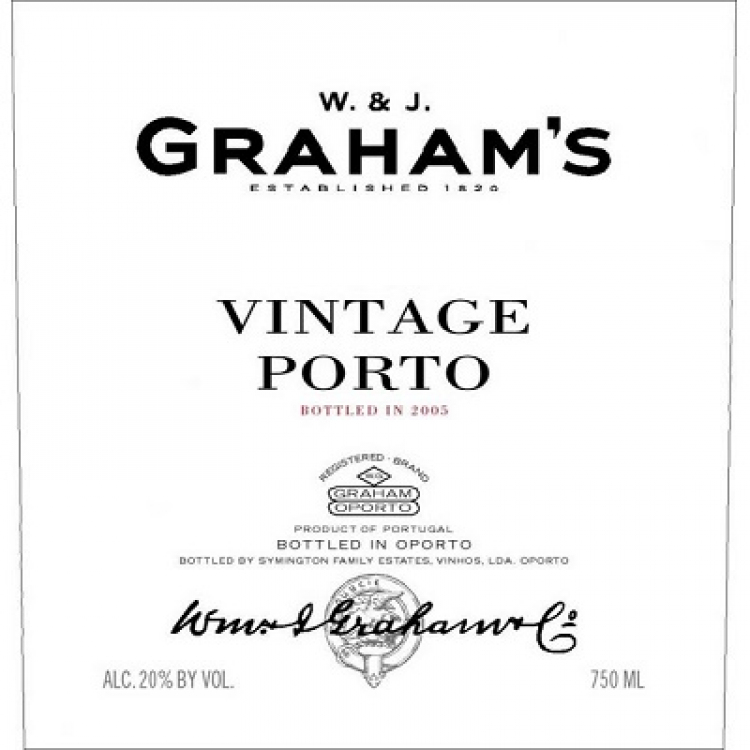 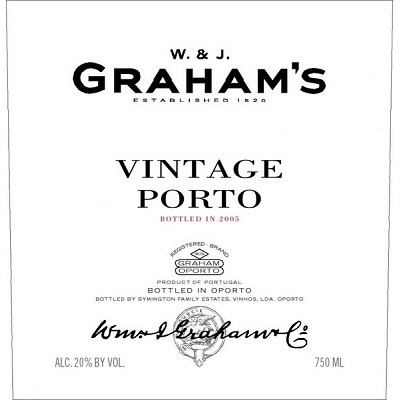 Graham is another great port house, producing one of the deepest-colored and sweetest styles of vintage port. Along with Taylor and Fonseca, Graham has probably been the most consistent producer of great port in the post- World War II era. Their tawnys are quite good rather than exceptional, but their vintage ports are truly sublime and sumptuous. Graham is the undisputed star and kingpin of the 1985 vintage ports. Yes, it is made in a sweeter style than the other ports, but it is a fabulous wine because of a dazzling level of black-cherry fruit, an enormous structure, and staggering depth, dimension, and length. It is forward, as are all 1985s, and I would speculate that this port will be approaching maturity by 1992-93 and will keep 15-20 years thereafter.

What more could one want in a young vintage Port? It has great elegance and great power. Brilliant deep ruby-purple, with boysenberry and licorice aromas, full-bodied, very fleshy, with a firm backbone of tannins.

The tale of Graham’s is a story of two families, one founding and one guiding the property to the very highest heights. Founded in 1820 by the Graham brothers, theirs was one of the first companies to invest in their own vineyards in the Douro Valley rather than the common practice at the time of exclusively buying fruit in.

Its acquisition by the Symington Family Estates added this property to the greatest assembled portfolio of fortified wines in Portugal, tucking it neatly under the auspice of the five Symington cousins led by winemaker Charles. Known for its intense floral aromatics, opulent fruit and adventurous flair, Graham’s declares a vintage in nothing but the very finest years.

Or
This item is currently ONLY available on On Allocation, please enter a quantity and your maximum price to submit your Allocation request.
Product Trading History ×
Add Billing Address
< Back ×
×
Sign In/ Create An Account To continue Buying and Bidding. Please Sign In or Create An Account.
Add New Credit Card < Back ×
Sign In ×

If your bid is successful, you will receive an email notification of your purchase. The price you are bidding also includes delivery to the nearest Cru storage warehouse to the current location of the item. However, there may be an additional transfer charge to move the product to another warehouse for delivery.
Loading
Live Chat with a Cru Advisor
×
×