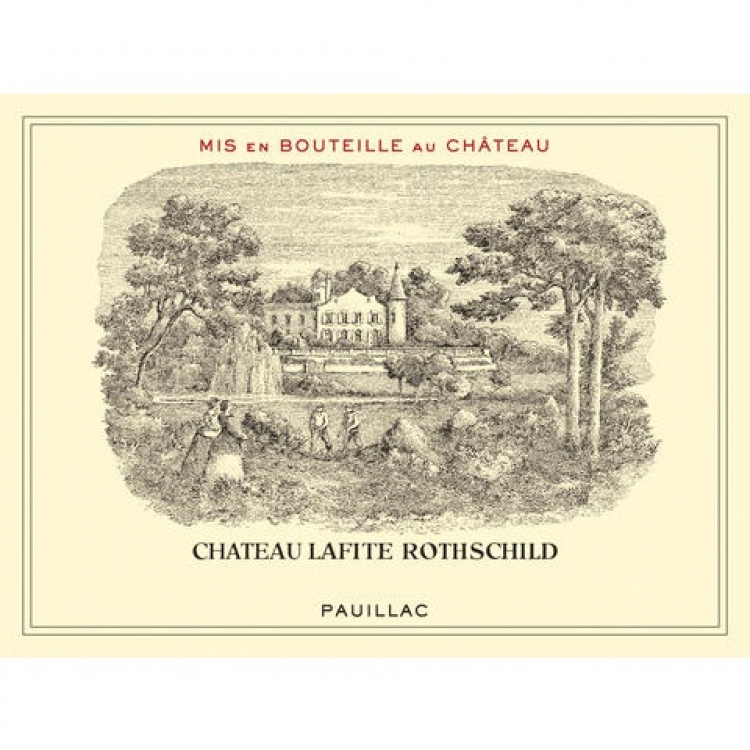 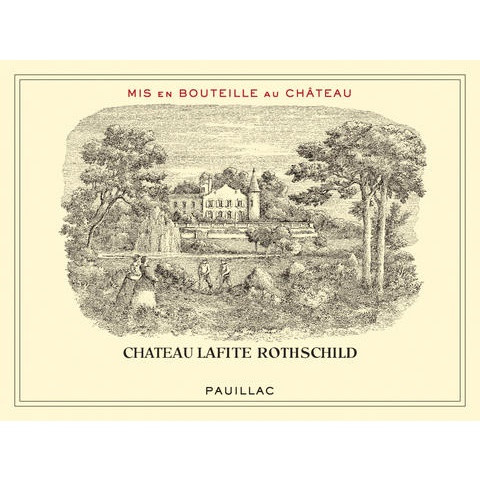 My Offer
Finding perfection in this most aristocratic of Pauillacs, the original “super critic” awarded 100 points to a wine which “comes as close to perfection as any of the great Lafites made over the past three decades”. Reflecting its hot, ripe vintage without going too far and losing its effortlessly classy restraint, this Lafite is “fat, rich, opulent and full-bodied" with “stunning seductiveness and complexity”.
100 Wine Advocate

The 2003 Lafite Rothschild comes as close to perfection as any of the great Lafites made over the past three decades (1982, 1986, 1996, 2000, 2005, 2008, 2009 and 2010). This sensational effort came in at 12.7% natural alcohol, it is made in the style of one of this estate’s great classics, the 1959. Composed of 86% Cabernet Sauvignon, 9% Merlot and the rest Cabernet Franc and Petit Verdot, it exhibits a dense ruby/purple color to the rim along with a luxurious bouquet of cedarwood, lead pencil shaving, white chocolate, cocoa and cassis. Fat, rich, opulent and full-bodied with low acidity and stunning seductiveness and complexity, this noble wine possesses a bountiful, generous, heady style. It is just coming into its plateau of maturity where it should hold for 20-25 years. This is one of the candidates for the wine of the vintage – make no mistake about that.

Spicy and rich, with a tobacco and berry character on the nose and palate I love the nose. Full bodied, with soft velvety tannins that give you so much. This goes on and on. Sexy and exciting right now, but leave this for five or six years.

(86% cabernet sauvignon, 9% merlot, 3% cabernet franc and 2% petit verdot) Bright ruby-red. Blueberry, licorice, fresh herbs, flowers and a whiff of coconut on the rather medicinal nose. Sweet, dense and pure, with superb inner-mouth energy, especially for a wine so ripe. But this is also wonderfully round and atypically lush, without any rough edges. Expressive flavors of redcurrant, minerals and tobacco. Broadens out impressively toward the back and finishes with an explosion of fruits and dark chocolate. Hard to assess today with confidence (and I may well be underrating this wine): does this have the classic Lafite grip under the impressive baby fat?

This is a splendid wine. Yes, it is more powerful than the usual aristocratic Lafites, but it still manages to retain a special air of great elegance and presence. The fruits are black, the tannins immensely powerful, the flavors are of black figs, dates, cocoa. At the end, there is a vibrant acidity that shows through, which promises a great life for this great wine. Imported by Diageo Chateau & Estates.

New oak introduces this wine, giving a spicy, layered, modernist impression. The texture in the middle is more luscious than young Lafite usually would be, but the tannin in the end has the vineyard's aristocratic austerity. With several days of air, the strength of the wine's black fruit emerges from behind the blunt power of the tannin. Less joyous than the 2005 Lafite; more a fascinating intellectual pursuit for now. It should become more accessible with a decade or more in bottle.

Château Lafite-Rothschild is one of the most collectable wines in the world. Purchased in 1868 it has remained continuously in the Rothschild family. Less powerful than Latour and more classical than Mouton, the hallmarks of this wine of wines is a taut, lithe, willowy muscularity, enveloped by transcendent just-ripe black fruit with the perfect sweetness of blackcurrant, black cherry and plum. The scent of Lafite often beguiles its fortunate drinkers and the mythical, irresistible perfume of wonderful cedar, so fresh and elegant, must be experienced to be believed.

Part of Lafite’s centuries-long success lies in its situation on some of the most gravel-dominant terroir in the Médoc. Up to ten metres deep with the stuff in some places, there are a few pockets of aeolian black sand and bedrock of limestone to complete the soils. Naturally conducive to the production of the most unbelievable Cabernet Sauvignon, the Grand Vin of Château Lafite Rothschild is frequently composed of up to 90% of the varietal. Couple this with the outstandingly talented team, headed for 40 years by the imperious Charles Chevallier (until 2018), and we have an estate whose strength lies in its being “a spectrum of flavours rather than a strong expression of any particular one” in the words of Chevallier’s replacement, Eric Kohler.

The 1996 vintage onwards heralded some of the best wines in their history; 2003 and 2009 are notably outstanding. Elegant, fresh, with great fruit purity and remarkable ageing potential. The second wine, Carruades de Lafite, has also been intensely collected over the past decade.

This item is currently ONLY available on On Allocation, please enter a quantity and your maximum price to submit your Allocation request.
Product Trading History ×
Add Billing Address
< Back ×
×
Sign In/ Create An Account To continue Buying and Bidding. Please Sign In or Create An Account.
Add New Credit Card < Back ×
Sign In ×

If your bid is successful, you will receive an email notification of your purchase. The price you are bidding also includes delivery to the nearest Cru storage warehouse to the current location of the item. However, there may be an additional transfer charge to move the product to another warehouse for delivery.
Live Chat with a Cru Advisor
×
×