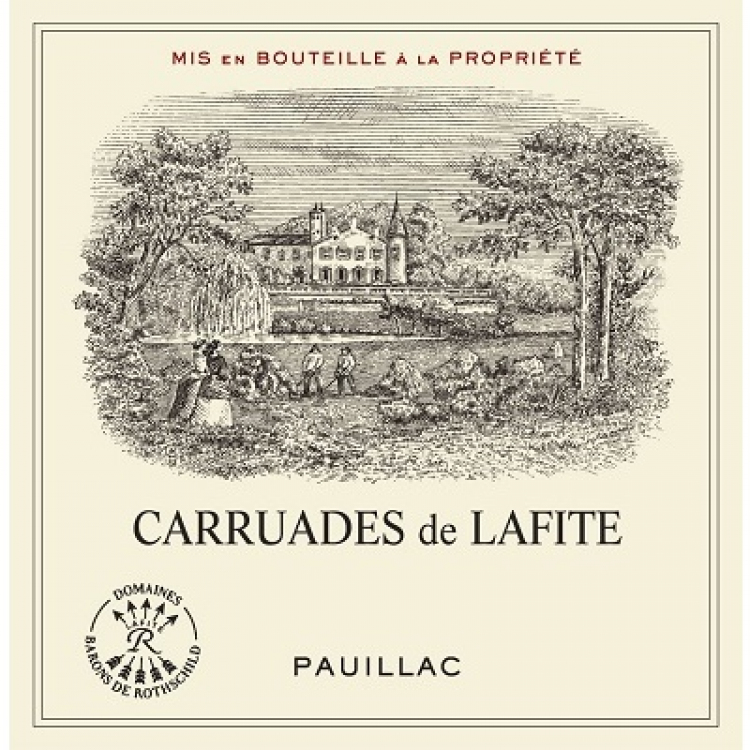 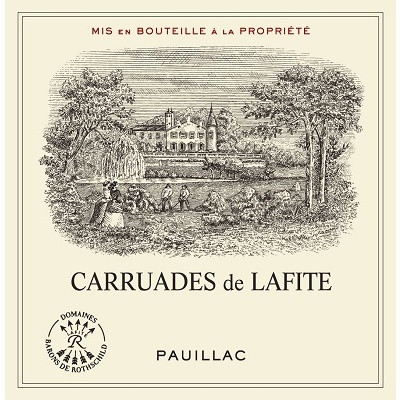 There are 20,000 cases of the gorgeous 2003 Carruades de Lafite. Despite record heat in June, July and August, this wine only hit 12.8% alcohol, which seems modest compared to the higher alcohol levels of 2009 and 2010. A final blend of 50% Merlot, 48% Cabernet Sauvignon and 2% Cabernet Franc has resulted in a second wine with a Lafite Rothschild-like character, plenty of creme de cassis, cedarwood and graphite notes as well as a supple, lush texture. It has reached full maturity where it should remain for another 5-10 years.

Château Lafite-Rothschild is one of the most collectable wines in the world. Purchased in 1868 it has remained continuously in the Rothschild family. Less powerful than Latour and more classical than Mouton, the hallmarks of this wine of wines is a taut, lithe, willowy muscularity, enveloped by transcendent just-ripe black fruit with the perfect sweetness of blackcurrant, black cherry and plum. The scent of Lafite often beguiles its fortunate drinkers and the mythical, irresistible perfume of wonderful cedar, so fresh and elegant, must be experienced to be believed.

Part of Lafite’s centuries-long success lies in its situation on some of the most gravel-dominant terroir in the Médoc. Up to ten metres deep with the stuff in some places, there are a few pockets of aeolian black sand and bedrock of limestone to complete the soils. Naturally conducive to the production of the most unbelievable Cabernet Sauvignon, the Grand Vin of Château Lafite Rothschild is frequently composed of up to 90% of the varietal. Couple this with the outstandingly talented team, headed for 40 years by the imperious Charles Chevallier (until 2018), and we have an estate whose strength lies in its being “a spectrum of flavours rather than a strong expression of any particular one” in the words of Chevallier’s replacement, Eric Kohler.

The 1996 vintage onwards heralded some of the best wines in their history; 2003 and 2009 are notably outstanding. Elegant, fresh, with great fruit purity and remarkable ageing potential. The second wine, Carruades de Lafite, has also been intensely collected over the past decade.