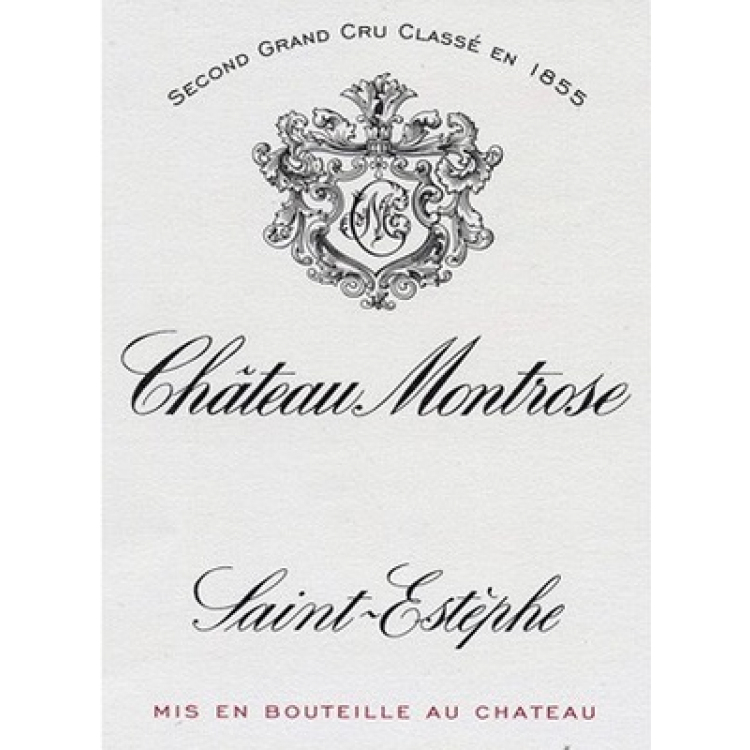 My Offer - To view or edit your offer go to 'Sell Wine' to in your account
This Montrose is on the forward side of opulent. Spicy, rich and packed with fruit. However it remains quite pure and lovely; elegant and poised. Excellent perfume and powerful structure. Effortlessly delicious. A genuine triumph.
98 James Suckling

Intensity and clarity of fruit is so insane. Blackberries, spices such as cloves, blueberries, sandalwood and dried lavender. Full body and such a beautiful, dense center palate with perfectly polished tannins. Extremely long and beautiful. One of the best young Montroses in a long, long time. Drink in 2024.

Deep florality and wonderful black fruit. Surprisingly smooth and silky at first then the classic firmness becomes plain towards the finish. It has more natural richness than most in 2015 – a superbly made wine from a great terroir.

The 2015 Montrose has a very intense bouquet of blackberry, raspberry coulis, iodine and violet scents that blossom in the glass, demonstrating more exuberance than (what transpired to be) the 2015 Meyney. The palate is medium-bodied with fine tannin, very well judged acidity, taut and linear with satisfying freshness and poise on the finish. Maybe this just has the edge over the Meyney. Superb. Tasted blind at the Southwold 2015 Bordeaux tasting.

The deep garnet-purple colored 2015 Montrose opens with broody black fruits, menthol and anise notes with a core of cassis, blueberries and mulberries plus a touch of cedar chest. The medium-bodied mouth is firm and chewy with a good core of muscular fruit and a long, earthy finish.

The 2015 Montrose has developed very nicely over the last two years. As it showed from barrel, the 2015 is a relatively light-bodied wine for this site. Even so, all the elements are very nicely balanced throughout. I suspect the 2015 needs at least a handful of years to become fully expressive and will age for decades, although it will never be a huge wine in the style of viscerally thrilling vintages like 2014, 2016 and so many others. The 2015 is 67% Cabernet Sauvignon, 29% Merlot, 4% Cabernet Franc that spent 18 months in French oak, 30% new.

Once a famed hunting area, Château Montrose is now one of the leading estates in Saint Estèphe. This 2eme Grand Cru Classé estate was actually part of the Calon Segur estate in the 1800s.

In 2006 the property was bought by the Bouygues family, who invested €55 million in a high-speed environmentally-friendly renovation. They also hired Jean-Bernard Delmas, the previous director of Château Haut Brion, who ensured that this powerhouse has consistently produced brilliant wines that are dark, full-bodied, muscular and rich from its vines with an average age of 40 years.

The vineyard of Montrose is 60% Cabernet Sauvignon, 32% Merlot, 6% Cabernet Franc and 2% Petit Verdot. The 95 hectare Bordeaux vineyard has a hillside terroir of deep gravel, with sand and clay soil. Of those hectares, 88 to 90 hectares are always in production. The wine is Cabernet Sauvignon dominated - dark, full-bodied, muscular and rich.

This item is currently out of stock, please Place a Bid and our buying team will try to source it for you.
Product Trading History ×
Add Billing Address
< Back ×
×
Sign In/ Create An Account To continue Buying and Bidding, please Sign In or Create an Account.
Add New Credit Card < Back ×
Sign In ×