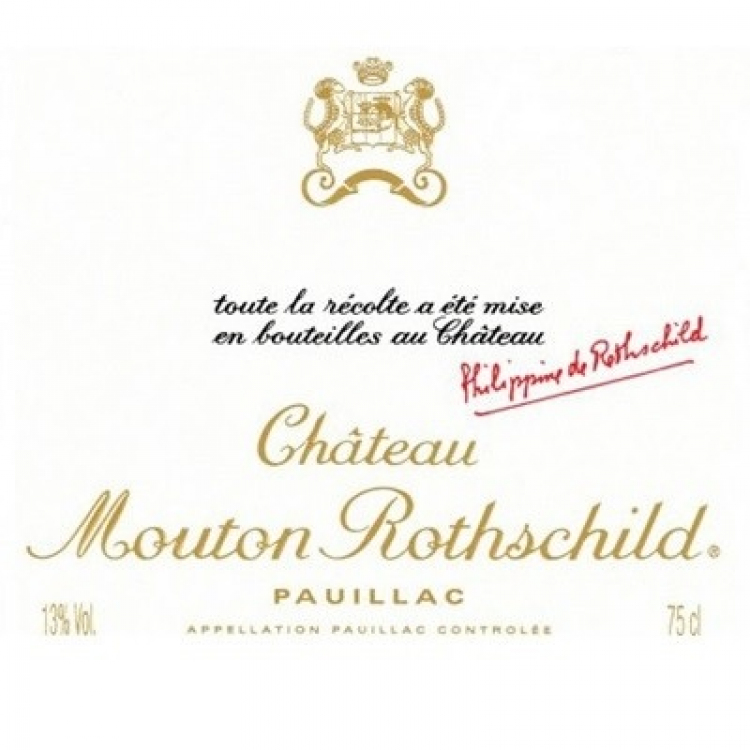 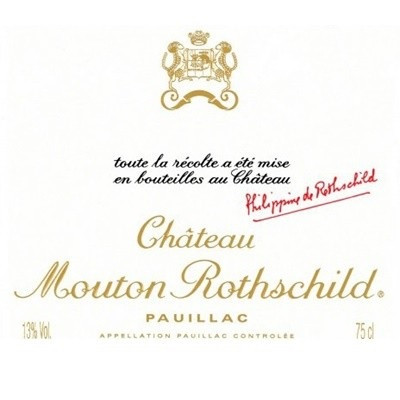 What a nose of blackberries, blackcurrants, minerals and graphite. Full-bodied and extremely fine and polished. Sexy and ethereal. Harmony. A little salty. Fabulous 2012. Pure silk. Better after 2020 but so wonderful now.

#23 in top 100 wines of 2015
This is a beautifully opulent wine, great Mouton in its richness and succulent fruits. It's combines structure and obvious new-wood aging with hugely ripe black plum and currant flavors. While it is a pleasure to taste now, there is a great tannic structure in the background to give the sense of power and aging potential. Drink from 2024.

Tasted at the Mouton-Rothschild vertical in London, the 2012 Mouton-Rothschild clearly has the upper hand over the 2011, if not quite at the level of the 2009, 2010 and what I envisage will be the 2015. There is obviously greater fruit intensity here, as if the contrast has been dialed up a couple of notches. It is quite showy on the nose, preening in its infancy with pure black cherries, graphite and hints of cold slate-like scents, later that hint of seaweed I observed when tasted blind a few months earlier. The palate is beautifully balanced with great vim and vigor. This is a Mouton that will not be put down - vivacious, vivid and delineated with wonderful focus and crucially, impressive persistence on the finish. Do not underestimate this Mouton-Rothschild, because I can see an upswing as it matures in bottle. Tasted April 2016.

2012 marks the debut vintage utilizing the new facilities at Mouton Rothschild. Blending 90% Cabernet Sauvignon, 8% Merlot and 2% Cabernet Franc, the wine reached 13.2% alcohol. Stone, cedar, tobacco, cassis, orange liqueur, slate and fresh herbs create the perfume. The wine is structured, refined, masculine and tannic. The tannins are ripe, powerful and strong, giving the structure to age for patient consumers. This is quite nice for the vintage. 94-95 Pts

This has a stunningly pure core of plum, black currant and black cherry fruit, with supple yet long structure that has melded wonderfully already. Anise, violet and cassis notes pour in on the finish. The fruit makes it seem almost too easy, but this will cellar well thanks to outstanding balance. A huge but very stylish wine. Best from 2018 through 2030. -JM

The 2012 Mouton Rothschild continues to open up nicely. Forward, open and quite expressive, the 2012 looks like a wine that will drink well sooner rather than later. Dark cherry, plum, graphite, smoke and mocha meld into the inviting finish. The 2012 is not a huge wine, but it will open up sooner than some of the surrounding vintages. Time has only been a help for this open-knit, distinctly fruit-driven Mouton. The 2012 is 90% Cabernet Sauvignon, 8% Merlot and 2% Cabernet Franc harvested during the first fifteen days of October.

A name which requires little introduction to even those with a passing interest in fine wine, Château Mouton Rothschild is perhaps most famous for being the sole property to ascend the precarious ladder of the 1855 Classification and gain promotion to the promised land of First Growth status.


Located one of the finest gravel beds in Pauillac, the Grand Plateau de Mouton, Mouton Rothschild is often differentiated from its appellation peers, Lafite Rothschild and Latour, as the most flamboyant and sensual of the trinity. There is an undeniable sense of joie-de-vivre surrounding this hallowed estate, extending to its famous labels designed by the world’s finest artists from Picasso to Warhol.


Even the winery, a vast and imposing shimmering white temple to the vinous arts was designed sv by the beloved Baroness Philippine de Rothschild to feel like a theatre with sweeping corridors and ram’s headlight fixtures.


One of only two Châteaux to remain in the hands of the same family since 1855, this estate has long been a figurehead for how Bordeaux is perceived around the world and how it conducts its business. The first producer in the region to bottle the entirety of its production itself, it is thought that the initially denied First Growth status was due to politics of ownership and certainly not as a result of quality nor renown.


The Mouton vineyard is older than most in Bordeaux, with vines averaging 50 years, and some going back over 100! It is one of the world’s truly ‘great’ wine estates.

Or
This item is currently ONLY available on On Allocation, please enter a quantity and your maximum price to submit your Allocation request.
Product Trading History ×
Add Billing Address
< Back ×
×
Sign In/ Create An Account To continue Buying and Bidding. Please Sign In or Create An Account.
Add New Credit Card < Back ×
Sign In ×