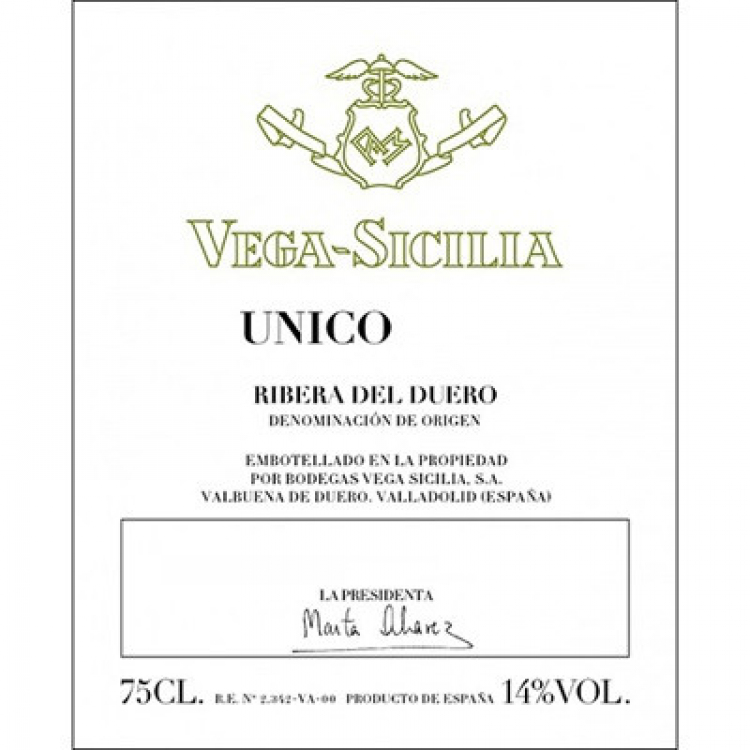 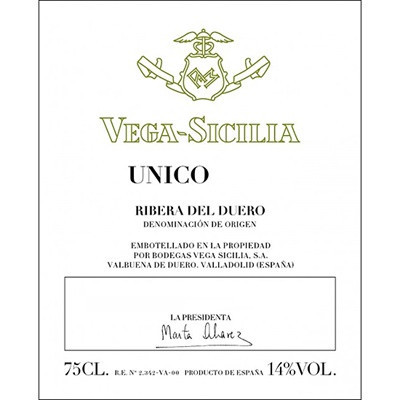 My Offer - To view or edit your offer go to 'Sell Wine' to in your account
Vega Sicilia Único is the Vega Sicilia flagship. It is a blend of Tempranillo and Cabernet Sauvignon. The plots selected for Único comprise fine colluvial deposits with fragments of limestone. There is also abundant quartz gravel deeper down in a sandy main soil. The resulting wine offers an almost infinite complexity that is emerges gradually from the glass. The palate immensely silky and elegant, and has an ageing capacity that only a handful of wines in the world can match.

Only 2,552 magnums were produced in 2006, making this a hugely rare and desirable bottle to own. We urge serious collectors not to miss this opportunity.
100 James Suckling

Incredibly floral and beautiful with dark berry, spice, cedar and mint. Chinese plums. Asian spices. Bark. Tea. Full body, dense and so soft and complex. The finish goes on for minutes. Endless and fine. January 2017 release. This reminds me of the gorgeous 1991 or 1964. Drink forever. A wine that you want to spend time with.

I tasted the 2006 Único again, and it's clearly the best Único produced in the last few years, to which I don't find much logic, as on paper 2004 and 2005 were better years in Ribera del Duero. However it is, the 2006 is a fantastic modern Vega Sicilia in the making, powerful and clean, still very young and marked by the élevage with a whiff of American oak and a creamy texture in the palate. It should age very well for a very long time. I'd wait to pull the cork, even if it's drinkable and quite showy already. This is the current vintage in 2018, even if the 2007 and 2008 were released before it and even before the 2005. In 2019 they will release the 2009. 93,993 bottles, 2,552 magnums, 165 double magnums and six imperials were produced.

Saturated ruby. An amazingly complex array of red and blue fruit preserve, spice and floral scents is accompanied by suggestions of incense, pipe tobacco, coconut and candied licorice. Utterly stains the palate with impressively concentrated yet lively, smoke- and spice-laced cherry compote, blueberry, fruitcake and violet pastille flavors braced by a spine of juicy acidity. Sappy and broad on the endless finish, which shows outstanding thrust and dusty tannins that are absorbed by the wine's densely packed fruit.

Ribera del Duero sits as Spain’s premier winegrowing region today, with Vega-Sicilia being the jewel in the crown. Undoubtedly Spain’s First Growth, Vega-Sicilia, has risen to the top of winemaking in Spain since its inception in 1864 when Don Eloy Lecanda y Chaves brought Cabernet and Merlot cuttings over from Bordeaux, planting them alongside the Spanish Tempranillo. It is also the only Spanish producer in the Liv-ex ‘Power 100’ list of the world’s most collectable wine estates. In 2019, it even jumped to 26th place, where it is rated above Pétrus, Opus One and Le Pin.

Vega Sicilia speaks of the barren, hot, sunshine terraces of central Spain.  These are complex wines that are a constant and enjoyable paradox: showing depth with brilliance, grace with power. Their top wine is the legendary Único. Crafted from some of the oldest vines in the appellation, Único is released after long periods of ageing at the estate. Mainly Tempranillo with a small portion of Cabernet Sauvignon, this Gran Reserva is only made in top vintages and accounts for as little as a third of the estate’s entire production.

The second wine, Valbuena 5°, uses the same blend as Único and is a pure expression of Tinto Fino (the local name for Tempranillo) with a splash of Merlot (6%). Named after the nearby village of Valbuena de Duero, the ‘5°’ refers to the age of the wine, released after five (quinto) years of barrel and bottle age, hence the name of the end product: Valbuena 5º.