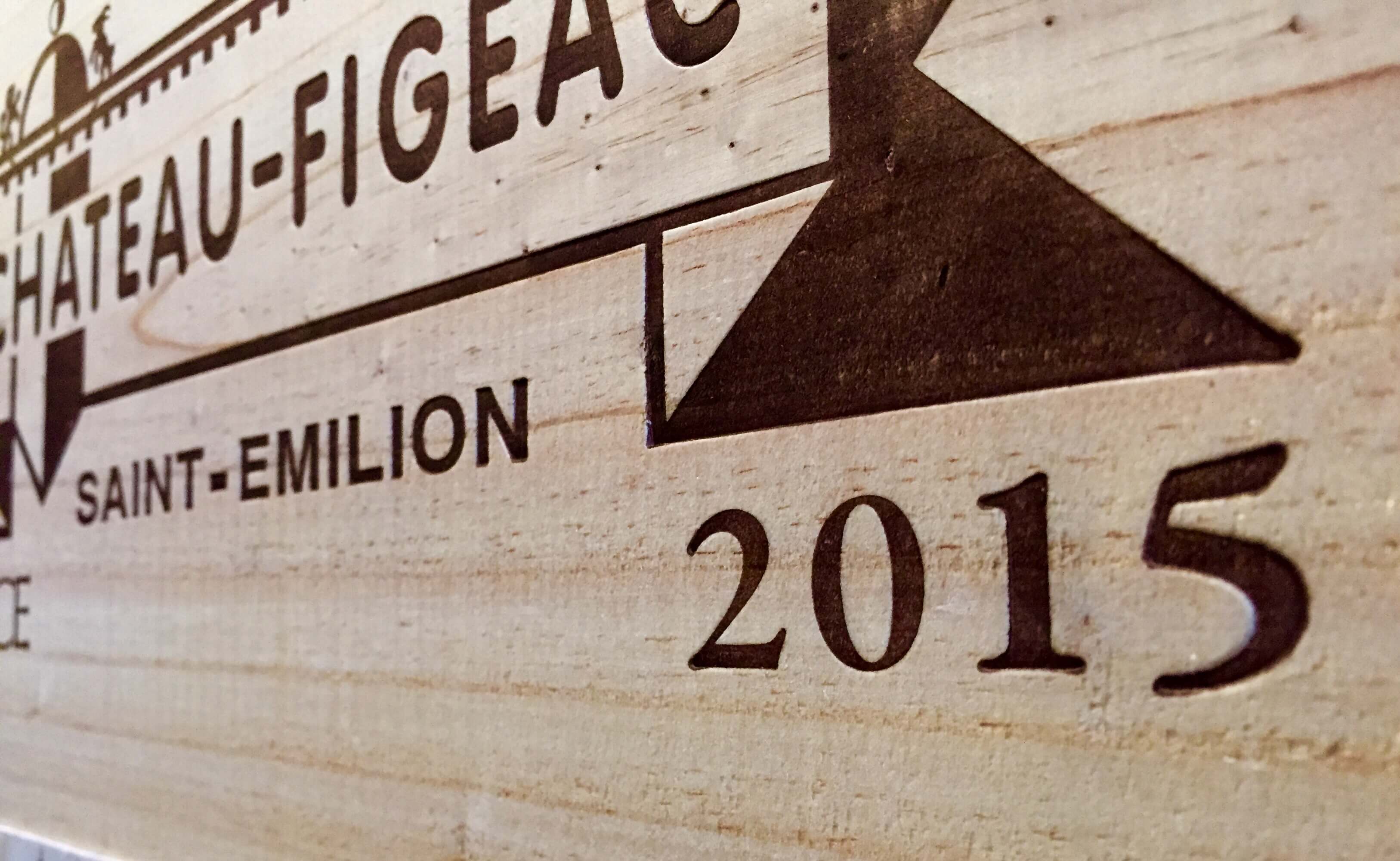 One of the most arresting-looking properties in Bordeaux and home to the architects of possibly the most distinctive wine produced in the Right Bank, Figeac is a fusion of the traditional with cutting-edge technology. Terms such as 'Infrared aerial imagery' and 'geo-resistivity' along with other mind-boggling descriptors were offered during conversation on Figeac's prodution methods. Although I cannot begin to fully understand the intricacies of such scientific know-how, what was abundantly clear, is that Figeac are making ultra-precise wine using ultra-precise methods.

The 2015 Grand Vin is built from 43% Cabernet Sauvignon, 29% Merlot and 28% Cabernet Franc. Atypical for a right bank wine, particularly in a vintage where the 'home' grape has performed so well in the vineyard. This cépage fends off any notion of potential hyperbole from the ambassadors of the Chateau and clearly displays that the team have crafted the style of the 2015, exactly as they wanted. (A sign of a great vintage, surely?)

"A potential 'best-ever' from this legendary estate."

The Grand Vin displays a glorious, glossy red/purple colour and an almost unbelievable level of purity and complexity, even at this early stage. This medium-bodied effort is loaded with a solid core of red and black fruits, intermixed with layers of cedar, graphite, hints of underbrush and a defined mineral edge. The perfume is stunning, the balance, seamless. Everything in that glass suggested a potential 'best-ever' from this legendary estate. What's more, the second wine 'Petit-Figeac', like nearly all the second-wines tasted, was exceptional.

Put the 'hype-machine' to one side and one is still left with exquisite productions that demonstrate just why Figeac ranks amongst the elite names of the right bank. It's as simple as that.

I was really looking forward to visiting Vieux Chateau Certan, it being one of the real stand outs from last year and this year it did not disappoint. “Welcome home” announced winemaker, Alexandre Thienpont as we arrived at what was our last visit of the day. There is something homely about it there. It isn’t a particularly flashy looking Chateau (well, it is gorgeous, but not as decedent and showy as some) and the tasting room is actually just the barrel room. It’s great because it lets the wine do the talking; you know you haven’t been tricked into thinking it tastes great, it just does.

"You know you haven’t been tricked into thinking it tastes great, it just does."

Working with old vines averaging 50 years old (youngest 1988 and oldest 1932), Alexandre has been the winemaker there since 1985 and is incredibly knowledgeable, his son Guillaume, began helping him five years ago and has brought modernisation to the way that they make their wines, mainly on the viticulture side. He described an incredibly high tech method that involves filming the vineyard with an infra-red camera which maps the intensity of the green colour. The darker the green, the more vigorous the vine has grown and the less good the grapes will be there. The idea is not novel, but this new technology adds to the precision in which it can be executed. This year was the first they set the location of their pickers by GPS! They’ve also reduced the amount of new oak to 65% due to changing trends and global warming, increasing the alcohol (which makes the wood taste more obvious).

2015's great weather conditions, combined with the Chateau's experience and a good team of pickers lead to as Alexandre put it “the result in the glass”. This year the conditions were great for Merlot ripening, much like in 2010, but also the Cabernet Franc conditions were to a similar standard, which is very rare. The 83 and 96 were similar in terms of Cab Franc/Merlot both ripening at the same rate but neither were as good as 2015. Alexandre said it is unlike any vintage he has come across, completely unique!

VCC has a very loyal customer following, people love the wine, they buy En Primeur, store it and drink it. With the increased precision of their winemaking over the last few years and a run of good scores from the critics, demand is on the increase, so there are good arguments to buy En Primeur rather than waiting.