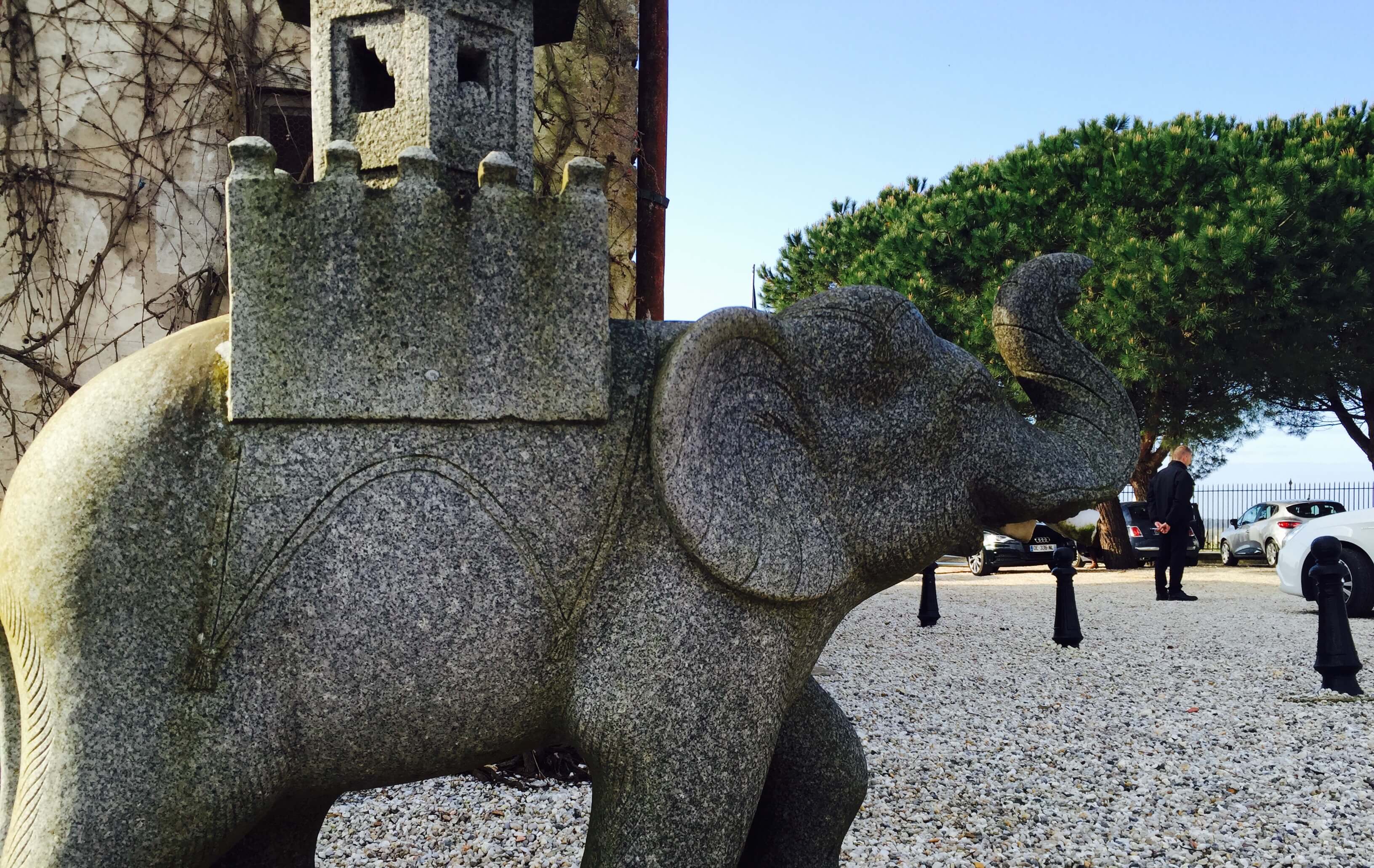 Approaching Chateau Cos d'Estournel is always a thrilling experience. From our base in the city centre of Bordeaux, the remote northerly appellation of Saint-Estephe seems a world away. Bleary-eyed and tired from a particularly early start (and the particularly extravagant dinner the night before!) we arrived at one of the most recognisable properties in Bordeaux. The iconic pagoda-style roof against the bright blue morning sky was truly a thing to behold.

The interior of the Chateau has been likened to the opulent lair of a Bond villain and indeed, the shadowy, eerily lit barrel cellar would make for a thrilling chase scene. Just imagine 007 cautiously stalking his adversary among the barrels, with every shot releasing a shower of inky red wine. Hopefully they’d use a stunt wine because it’d be a shame to waste any of this magnificent juice, even in the name of art!

"The interior of the Chateau has been likened to the opulent lair of a Bond villain..."

For magnificent it is. A delicious line-up of wines which maintains the distinction native to their ebullient Saint-Estephe terroir whilst simultaneously displaying a certain poise and elegance reminiscent of a Pauillac is what we found before us on the tasting table. From the Cos Blanc through the Goulée de Cos, the aptly named Pagodes de Cos and finally through to the Grand Vin, everything was simply stunning.

The 2015 vintage has indeed been kind to Cos, while it has been less forgiving to others in the northern reaches of the Médoc, though much of that may be down to the supreme care and deftness of touch that comes so naturally to the owners here. Truly this is a triumph for even Cos to be particularly proud of.

Chateau Palmer holds the distinction in our eyes of being one of the most honest, genuine Chateaux in Bordeaux. Along with Pontet-Canet they are among the most high-profile practitioners of biodynamic viticulture in Bordeaux and like their Pauillac counterparts, the effects of this practice have begun to sink in fully. Never an over-extracted wine, the good people at Palmer have consistently produced an elegant, classically styled Margaux and 2015 was no different.

With Biodynamics it is said that 98% of the work and winemaking happens in the vineyard itself. Therefore Palmer has been focussing on the health of their vines and soil with striking biodiversity in the form of wild flowers growing freely amongst the vines. The resulting wine is clean polished and remarkably balanced even considering the 14% alcohol level.

The chateau itself is among the more appealing in Bordeaux; not necessarily for it’s grandeur (that is always relative in the Médoc!) but for it’s seeming warmth and welcoming feel. Unfortunately too many beautiful chateaux in Bordeaux, and in particular the Médoc lie empty of residents. We did not venture inside as our pressing schedule prohibited an extended stay, but if we could choose a house in which to be a guest, it would likely be this one!

"If we could choose a house in which to be a guest, it would likely be this one! "

We love Palmer because the wines that come out of here are true reflections of the magnificent, revered soils of Margaux. They never fail to impress and we will never fail to sing their praise.