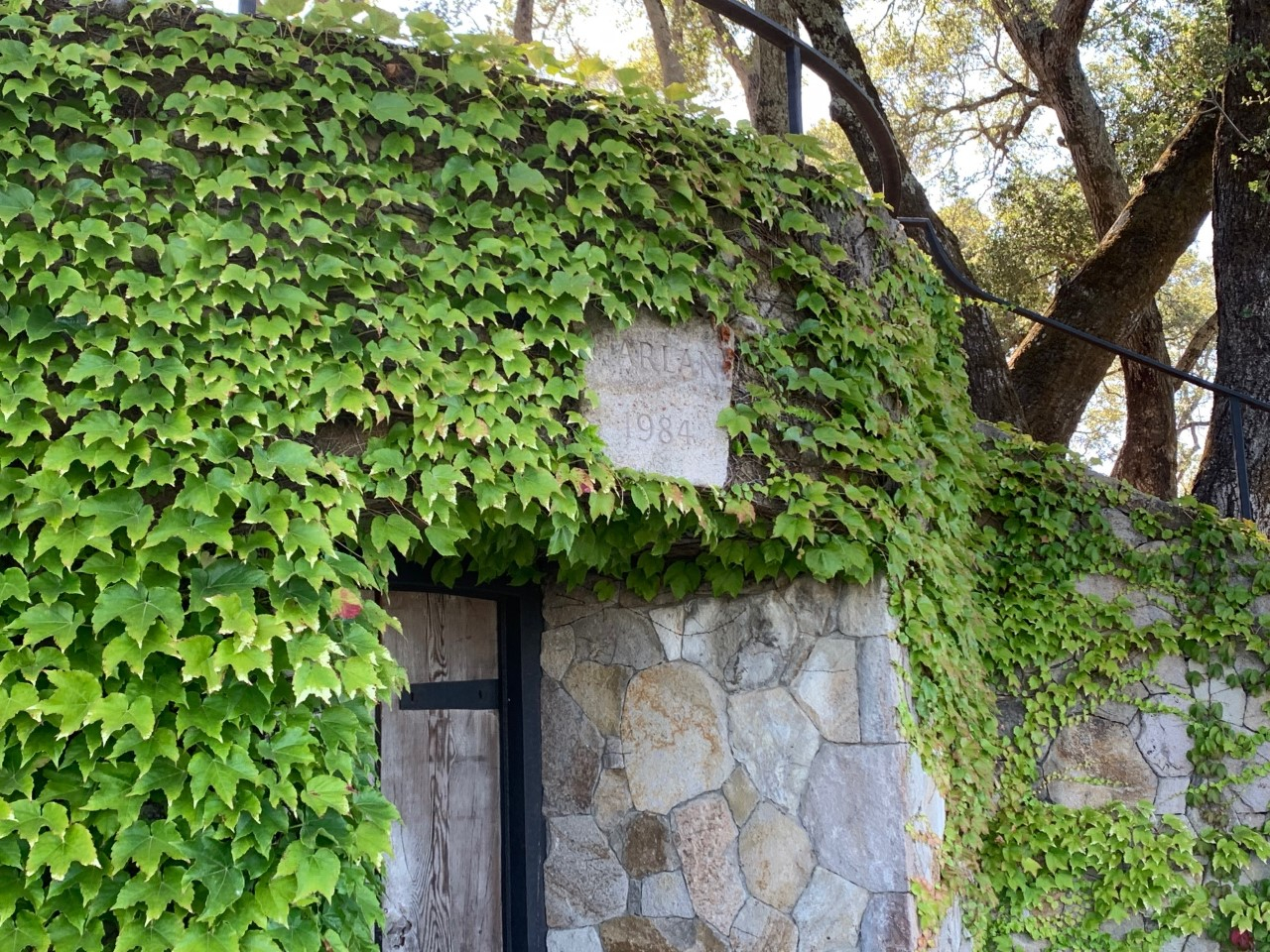 As you turn left off Highway 29 a couple of miles north of Yountville and head west along a non-descript country lane, there is nothing to mark the entrance to one of Napa Valley’s (and the world’s) most celebrated wineries.  But this is Harlan Estate, aristocrat of the region and the antithesis of the tourist-orientated wineries which it looks down upon from the hillside above.

Luckily, I had the coveted ‘driving directions’ to guide me;  and after crossing the To Kalon creek (which gives its name to the famous vineyard), a pair of unsigned (but imposing) wooden gates swing open at my approach.

Half a mile of winding drive leads up the Western side of the Mayacamas hills above Oakville to where a beaming François Vignaud (Director of Harlan Estate) awaits me.  Before I know it, we are standing on the porch admiring the panoramic view across the valley to the Vaca mountains opposite (glass of Krug 168th Edition in hand).  François explains that the secrecy around Harlan’s location is not a gimmick, but a necessary precaution as the Harlan family home shares the same hillside. Harlan Estate affords an eagle’s perspective over the Oakville properties hugging the valley floor below (the modernist Opus One dominating the landscape);  and the whole of the Oakville A.V.A. is visible to the left and right.  The scene beneath bustles with life, but up here there is nothing but birdsong, insect buzz and the breeze through the oaks which surround the property and intersect the vines.

Bill Harlan acquired all of these 240 acres (97ha) over a ten-year period starting in 1984, but nearly 40 years later local restrictions on the ratio of woodland to viticulture mean that still only 40 acres (15%) are planted - 70% to Cabernet Sauvignon, with Merlot and isolated plots of Cabernet Franc and Petit Verdot.

As I drink in the setting, I ask about the differences between growing on the hillside versus the valley floor.  François explains that the morning mists which funnel up the valley from the Bay to the south cool the hillside vines in the morning (even in midsummer), taking the edge of the maximum temperatures and expanding the daily diurnal range.  The estate has been practicing organic and biodynamic techniques for years and is now 100% dry farmed.  François is proud to explain how the challenges of zero irrigation are risen to each year.

I am keen to pinpoint Harlan’s sister winery Promontory (which Will Harlan has been running since 2017) and François points to a ridge above the family home.  On the other side nestles the secluded canyon (about 500 feet up) where the tiny and inaccessible Promontory vineyard is located.

The winery buildings at Harlan are – as with most top Napa estates these days - beautifully styled.  The library holds examples of the etchings which inspired the famous Harlan label, and the cellar and tasting rooms are immaculate.  We start with the former, where my guide lifts samples of the 2020 vintage from the resting new and used French oak barrels, expounding the effects of the different wood types on the aging wine. 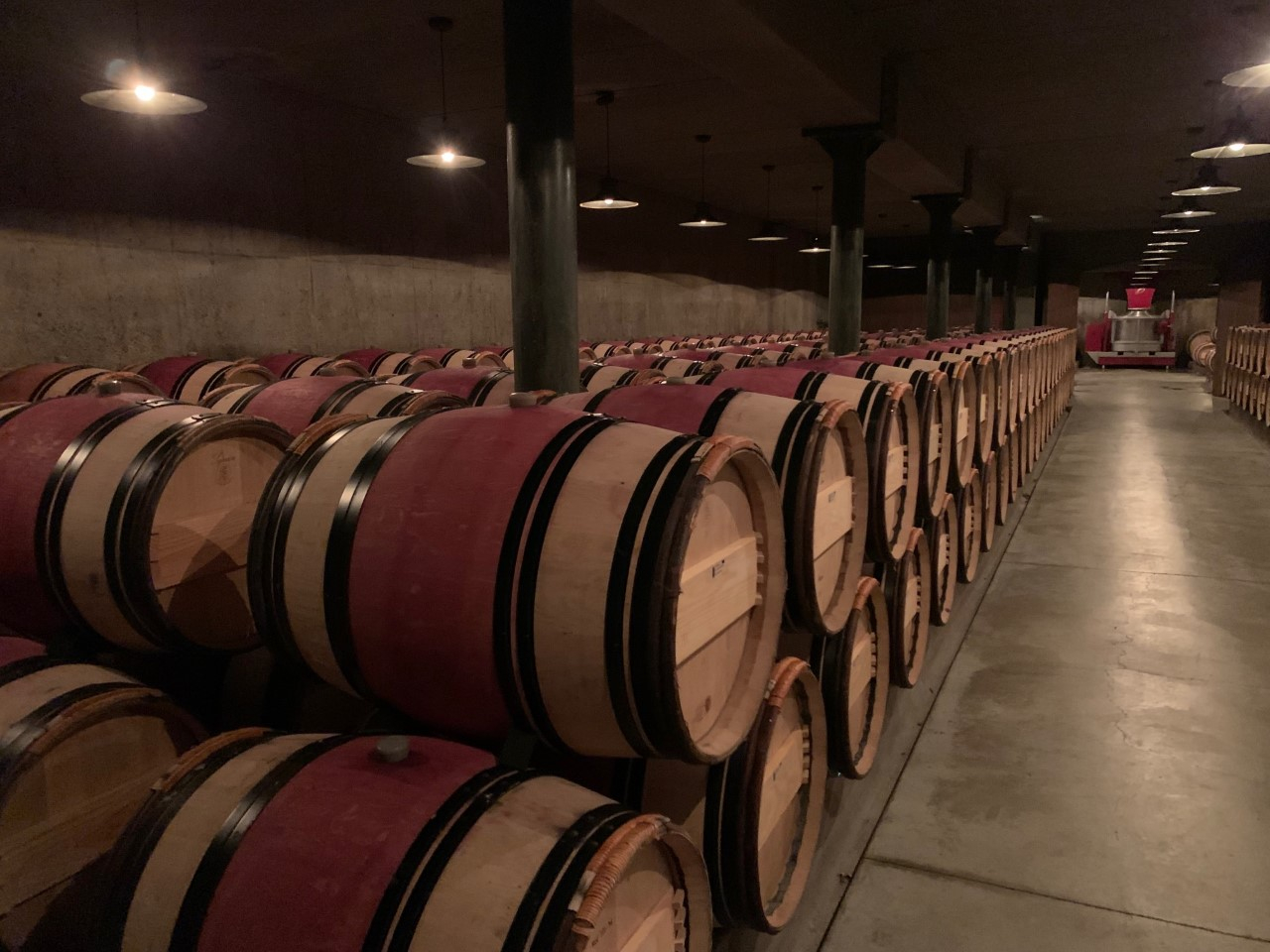 The fires of 2017 and 2020 loom large over the estate and our discussion.  Harlan’s hillside location is fabulous, but precarious, terroir.  The fire of 2020 came perilously close to the property, and no one was able to access it for several weeks.  François says that fire is now the number one threat to production here, and one which is wholly out of their control.

There is nothing flashy about the winemaking at Harlan.  Traditional oak vats line the winery, with only a couple stainless steel tanks and no concrete eggs.  Although sorting is (as one would expect), berry by berry, there is no single block vinification, and the Cabernet Franc and Petit Verdot are co-fermented.  The emphasis is clearly on letting the juice speak for itself as much as possible.  Fining and filtering have been consigned to the estate’s history. Long-term consultant Michel Rolland still visits a couple of times a year, but otherwise the wine-making team is small and tight knit. 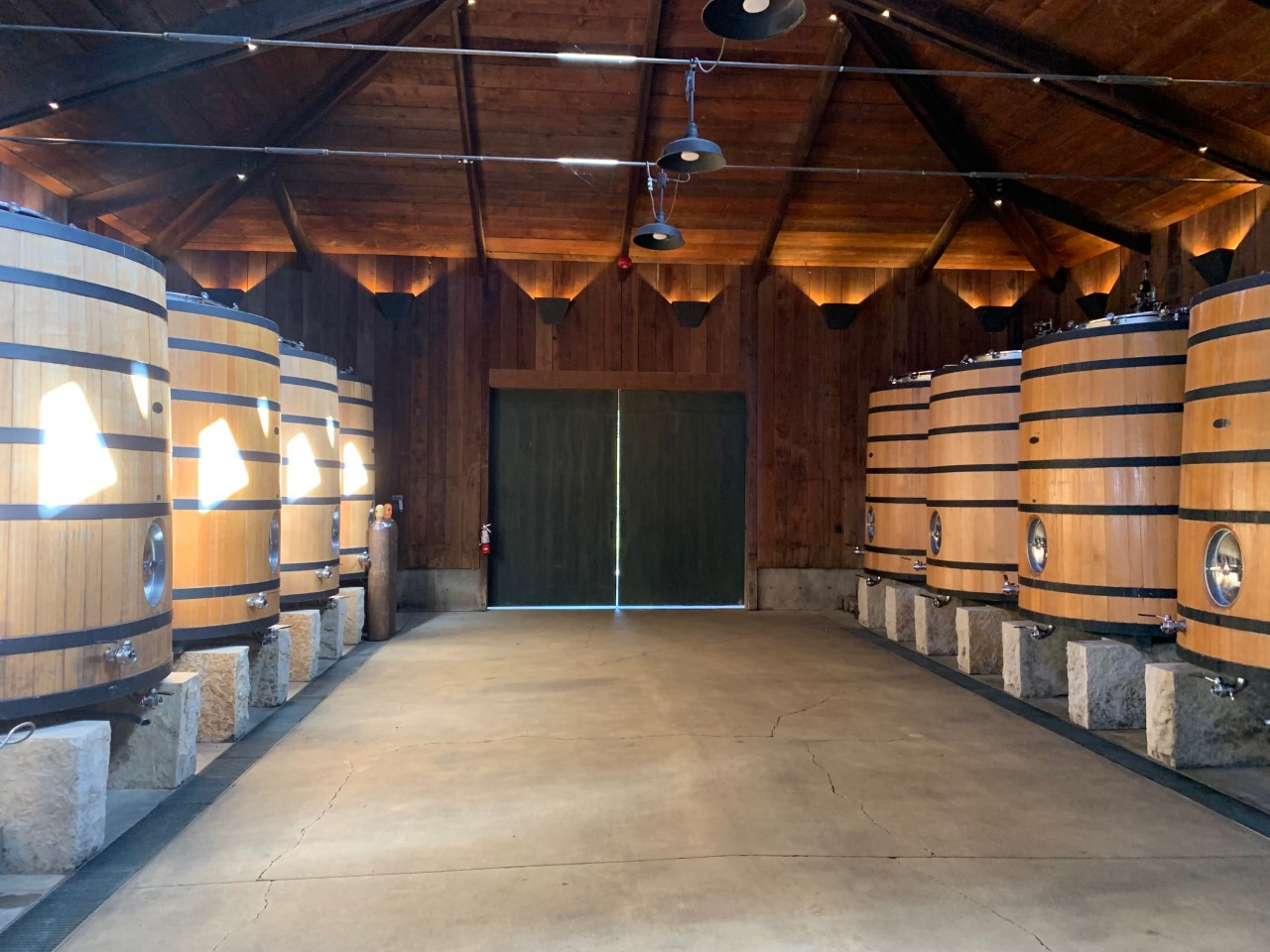 In the sumptuous tasting room François pours a couple of glasses of Harlan Estate 2018 and our conversation ranges over the what the future holds.  As we chat, the wine mirrors its surroundings:  opulent and refined, yet reluctant to display its full power too overtly.  It is heavenly. 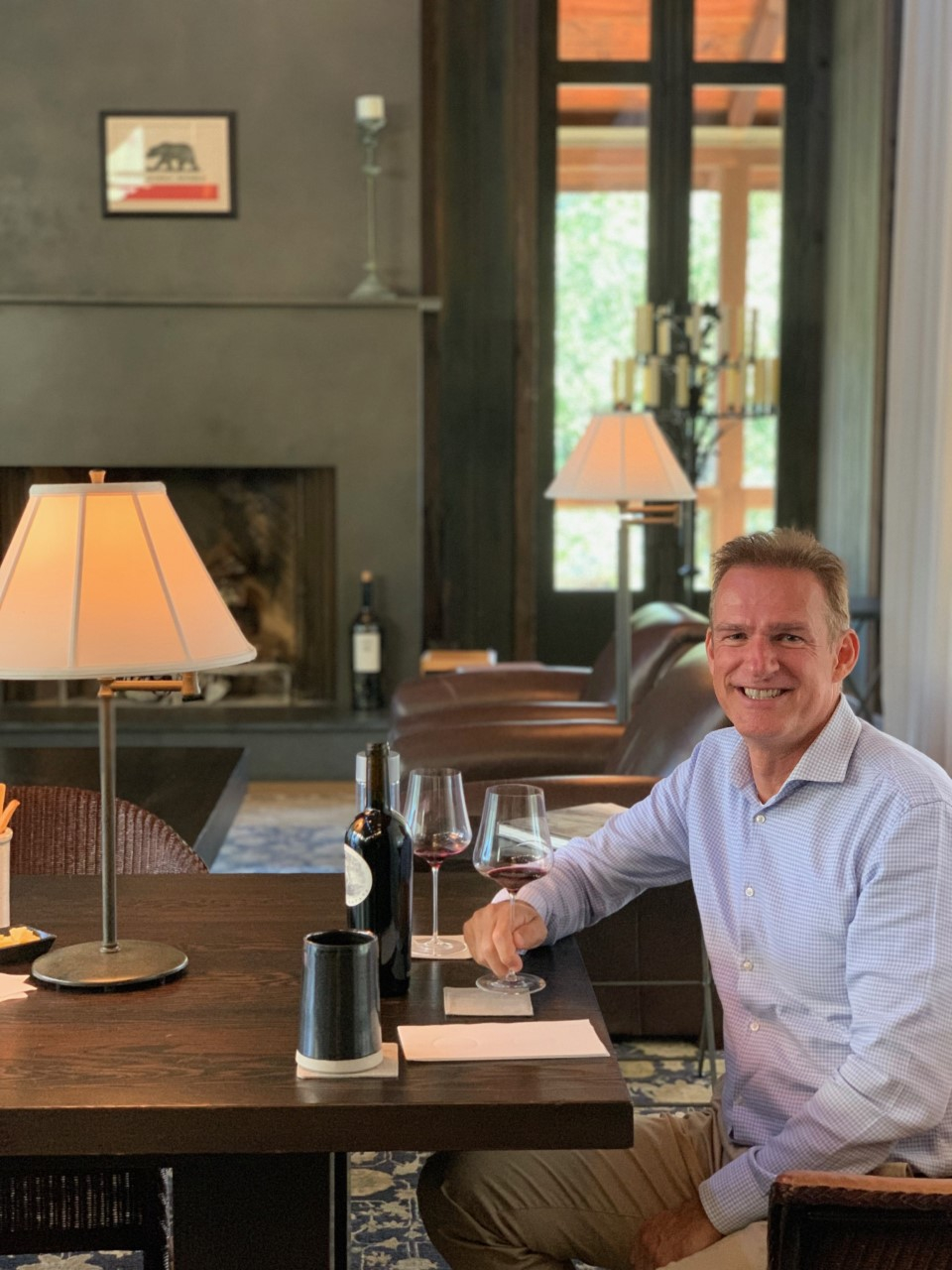 I ask what changes William Harlan has made since assuming day to day responsibility for the estate last year (Bill remains Chairman and founder).  Major upheaval is clearly not on the agenda here.  There are no plans for international partnerships or acquisitions, certainly no plans to change the style of the wine (why would you?) and even the second wine (The Maiden) seems destined to remain low key and inaccessible (no Carruades de Lafite in prospect here, I am disappointed to learn!).  François explains that they simply don’t have the spare grapes to do justice to a major second label. 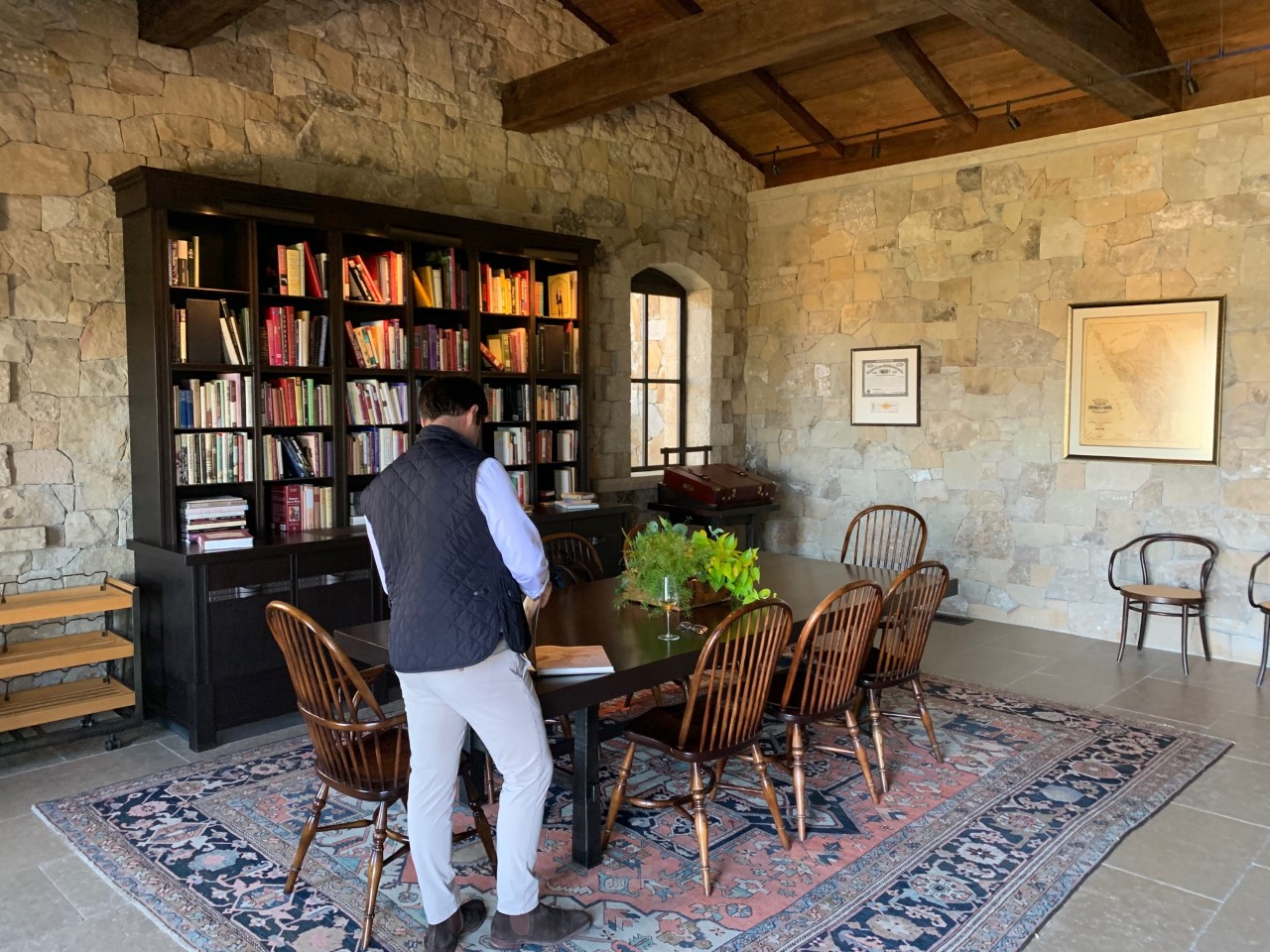 The small team at Harlan clearly believe they have enough to do making what many regard as America’s greatest wine.  They share an on-going obsession with listening to, and learning from, the estate’s terroir – especially now their hands are so firmly bound in terms of intervention - and that is clearly all encompassing.

François has been excessively generous with his time, but now it is time to leave.  Piloting my car back down the long drive I reflect upon my afternoon.  Harlan Estate is no longer the racy and experimental ‘start-up’ of the 1990s.  As the second generation assumes full control, I am struck by just how well the family have managed the transition from scrappy newcomer to New World royalty.  Their ‘Garagiste’ days may be behind them, but a long and very bright future seems secure. 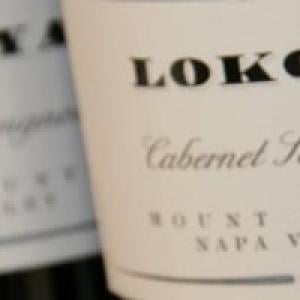 Ahead in the Clouds – The Magic Mountain Cabernets of Lokoya 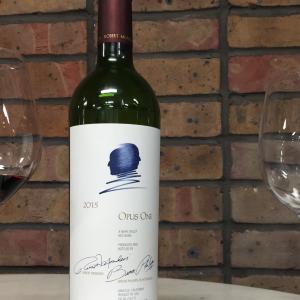 A great vintage in California is good news for Opus One... 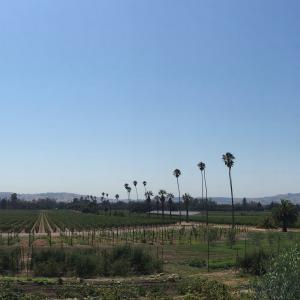 Driving a Mustang along Highway 1, we check out what's happening in the Bay Area 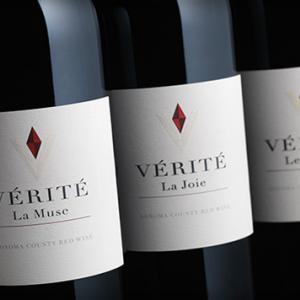