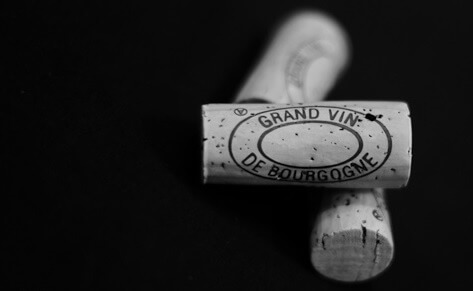 Hardly a week goes by where the controversial subject of aged white burgundy is not raised in some form or another, and a lively debate ensues of whether the rewards of one of these feared yet revered bottles is worth the inherent risk. Some devoted Burgundian fanatics swear to have a cellar full of white burgundy and to have never encountered more than the occasional off bottle while others have pledged that they will never again take the risk on a category of wine so plagued with erratic problems. At the crux of this issue is the uncertainty of what exactly is responsible for the heart-breaking premature oxidation of many a cherished bottle of white burgundy made prior to the mid 2000â€™s. The possible causes have been attributed it to the lowered Sulphur Dioxide levels at this time, poor cork treatments, the extent of batonnage, the vigour of the press, how the wine has been stored or a combination of all of these. Extensive research has been done on the subject with incredibly detailed records of which producers and vintages might be most likely to fall victim to pre-mox, but without knowing for certain why this problem is so prevalent and when it can be expected to strike, there remains a great deal of uncertainty of whether the issue may occur again.

So it worth the risk of buying older vintages of white burgundy? Or of saving your carefully selected en primeur until the recommended drinking date? While some producers choose to deny the existence of this problem in their wines, others have taken a pro-active approach to restoring their customersâ€™ trust in what should be an unforgettable bottle of wine. At William Fevre, after finding that as many as 1 in 12 bottles of their older vintages of Chablis were disappointing their loyal (and patient) customers, they began to offer to trade in any â€œruinedâ€ bottles for an unaffected bottle of their 2007 vintage in its place. Since 2006, Fevre have been bottling their wines with Diam closures and believe they have now put their pre-mox problems to bed. Rising star producer Benjamin Leroux is another avid supporter of alternative closures in somewhat conservative Burgundy, championing the Diam and screwcap closure for many of his wines due to the continued risk factor of natural cork closures. â€œâ€œI make some work with DIAM and also screwcaps (at Comte Armand too); I would prefer to stay with cork as a natural material, but we have some problems with them. Despite all my efforts, I still have 5% of wines that are not correct â€“ not just corked, but simply not correct.â€ (profile-maison-benjamin-leroux-beaune).

And then there is the unique endeavour of Domaine de Belleneâ€™s Nicolas Potel, in which he carefully tastes his way through bottles of wines from untouched cellars from some of the top producers in Burgundy, purchasing only what he considers to be truly worthy of relabelling under his negociant name of Collection Bellenum. On the subject of white Burgundy, Potel is assured to have tasted each and every bottle that goes into Collection Bellenum giving as much a guarantee as one can hope for in the bottles of Meursault and Chassagne Montrachet, which date all the way back to 1960â€™s. With its impressively comprehensive collection of mature parcels which have earned the Potel stamp of approval, this collection promises to be quite the temptation to those who have sworn â€œNever again!â€ to give white burgundy just one more chanceâ€¦