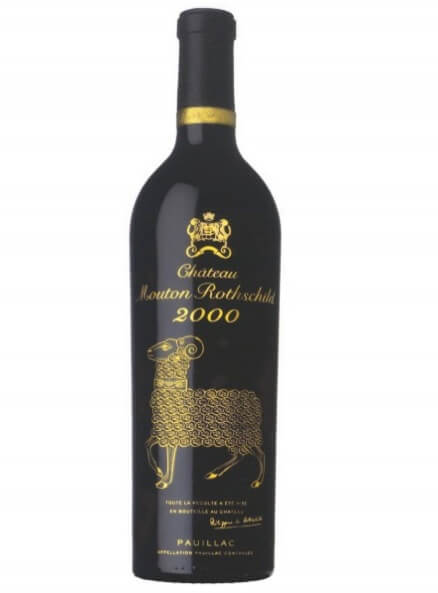 During Chinese New Year in Hong Kong, the menu is not just about the food. Each food also symbolises good luck. Favourites include sticky rice cake, which sounds phonetically similar to “higher year”, or raising oneself higher, and dried oysters - or haoshi - sounds similar to the term, “good business”.

This year, the good fortune extended to the recent Sotheby’s auction of Mouton Rothschild cellar in Hong Kong, to coincide with the new year celebrations of the Year of the Ram, where it doubled its pre-sale estimate to fetch HK$32 million (£2.7 million).

Just a few years ago, it was Lafite Rothschild that turned heads to Asia. But the price of Lafite has fallen dramatically. It is more than two years since Lafite Rothschild has been on an upward trajectory. Where every other first growth from the 2000 vintage have fallen in price over five years, Mouton Rothschild 2000 is edging upwards - and is now beating the pack at around £14,000 per case.

Other than the 2000 vintage, the other top vintages for Mouton Rothschild have not fared quite so spectacularly. The 2005 Mouton Rothschild, with exactly the same Robert Parker score as the 2000 vintage, is valued at around £4500 per case. The 2009 and 2010, have fallen in value, yet have higher scores. Why has this particular vintage done so well?

That it is solely because of the black and gold label of the 2000 Mouton is unlikely. It certainly helps the Mouton Rothschild auction in Hong Kong was held in the run up to the Chinese New Year of the Ram. But the Sotheby’s Cheval Blanc ex-cellar sale in the Year of the Horse in June last year did not have as much luck.

This is a steady rise rather than sharp jump as in 2011 when demand from Asia was at its greatest (followed by the wane of interest starting in February 2013 when the Chinese government introduced ban on giving “gifts’ to officials). 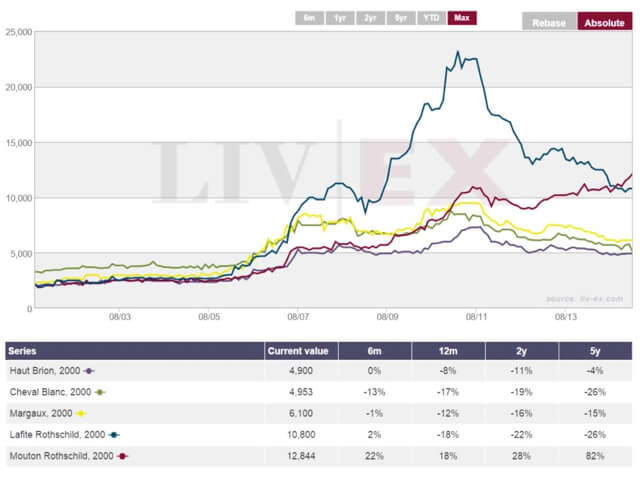 As the astrologers would say, the sheep is a steady and gentle creature and 2000 Mouton Rothschild has played to form. The first growth has bucked short-term external market pressures or critic's points. The auction was a result of work done by Baroness Philippine de Rothschild over 25 years, the proceeds to fund the Foundation for the Arts named after the matriarch who passed away last year in August. Presented by her son, Philippe Sereys de Rothschild, the estate’s new chairman, along with his brother and sister, the united and long-term approach is more indicative of what the Chateau is doing right.

And taking a longer term view of the market will avoid some of the pitfalls experienced over the last few years by buyers and sellers alike.

As the 2000 vintage is drinking well now, we hope many bottles of Mouton 2000 are enjoyed this year.